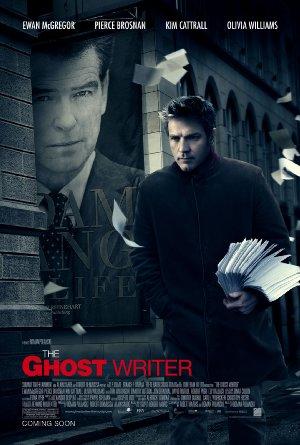 A ghostwriter hired to complete the memoirs of a former British prime minister uncovers secrets that put his own life in jeopardy.