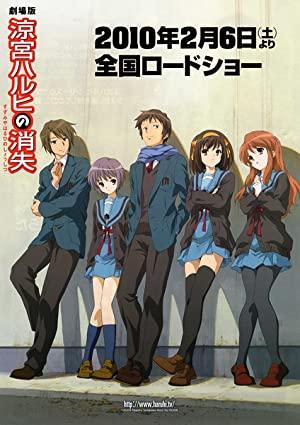 The Disappearance of Haruhi Suzumiya (2010)

The Disappearance of Haruhi Suzumiya (2010)

On December 18, Kyon finds that several traces of the SOS Brigade have mysteriously disappeared from his life. Mikuru and Yuki do not seem to recall meeting him, and Haruhi and Itsuki do not attend North High School. In addition, all the former Brigade members have become normal people. Eventually, Kyon receives a message from Yuki's alien counterpart asking him to gather keys for a program that could return him to his own reality. This starts Kyon on a journey that eventually leads him back to the night Haruhi first became interested in meeting aliens, time travelers, and espers.

A big fan of psychological thrillers? Why not check out this collection of anime flicks that combine the intense mental gymnastics of the genre with traditional anime aesthetics. The only thing you have to lose is your grip on reality...