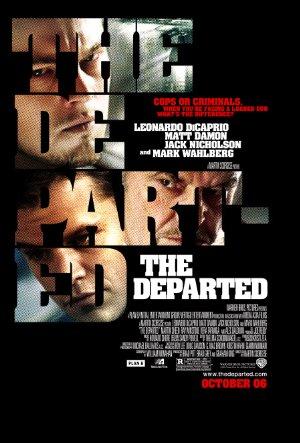 An undercover cop and a mole in the police attempt to identify each other while infiltrating an Irish gang in South Boston.

There's nobody's face we'd rather see shoved through a splintered door-frame, than the one, the only Jack Nicholson. So sit back and enjoy this collection of his leading dramatic roles, including the 1975 classic 'One Flew Over the Cuckoo's Nest'.

Like Hanks and Spielberg, or Burton and Depp, sometimes an actor/director team just clicks. This is clearly the case with Scorsese and DiCaprio, as evidenced by 'The Departed', 'Gangs of New York', and, most recently, 'Wolf of Wall Street'.