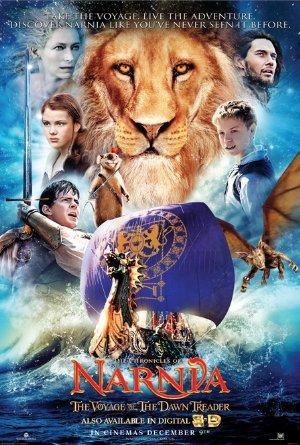 The Chronicles of Narnia: The Voyage of the Dawn Treader (2010)

The Chronicles of Narnia: The Voyage of the Dawn Treader (2010)

Lucy and Edmund Pevensie return to Narnia with their cousin Eustace where they meet up with Prince Caspian for a trip across the sea aboard the royal ship The Dawn Treader. Along the way they encounter dragons, dwarves, merfolk, and a band of lost warriors before reaching the edge of the world.