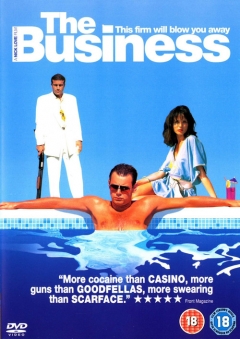 Set in the Thatcher era with the cool sounds of the 80's, THE BUSINESS is an action packed gangster flick set in Spain's sun drenched Costa Del crime. Frankie (Danny Dyer), is on the run ...

British Gangsters Get a Tan

When British gangsters get sick of London's grey skies, they take off for all manner of places - France, Spain, Indonesia. The catch is, they usually have a lot of drugs in their suitcases.