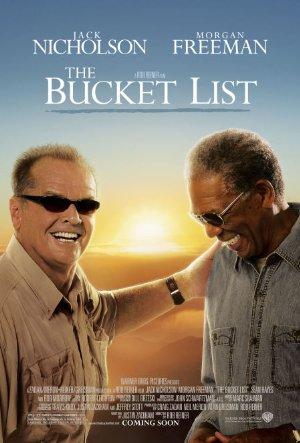 Two terminally ill men escape from a cancer ward and head off on a road trip with a wish list of to-dos before they die.