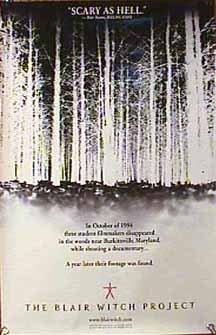 Three film students vanish after traveling into a Maryland forest to film a documentary on the local Blair Witch legend, leaving only their footage behind.

Don't expect any actresses plastered in green face paint riding broomsticks on this list — the witches in these horror flicks are genuinely terrifying.