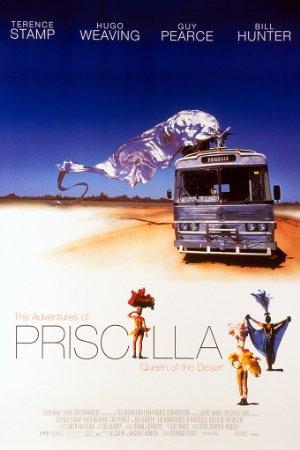 The Adventures of Priscilla Queen of the Desert (1994)

The Adventures of Priscilla Queen of the Desert (1994)

Two drag queens and a transsexual travel across the desert to perform their unique style of cabaret.

These films feature a theme unique to Australian and New Zealand cinema: the concept of "mateship" means deep same-sex friendship that can't be conveyed physically because of sexist social norms. Luckily cinema allows for exploring this idea via lingering looks and sexy symbolism!

This collection comprises LGBT cinema's greatest achievements, some tragic, some uproarious, all life-affirming in their own way, and defiantly proud. Make sure to check out 'The Adventures of Priscilla'!

Fabulous comedies following the raucous exploits of cinema's greatest drag-queens, inciuding Priscilla (self-styled desert monarch), transexual rockstar Hedwig (along with her angry inch - you'll have to find out for yourself what of), and of course the unforgettable 'Birdcage' Crew