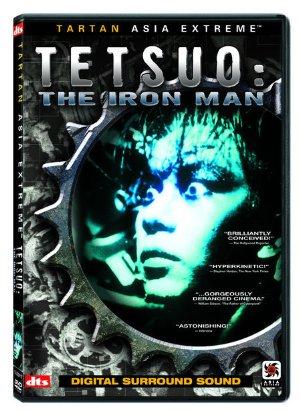 A strange man known only as the "metal fetishist", who seems to have an insane compulsion to stick scrap metal into his body, is hit and possibly killed by a Japanese "salaryman", out for a...

An underground genre beginning in the 1980s, and bearing some immediate similarities to the American cyberpunk film movement, but slightly more surreal and visually disturbing - think halfway between 'Blade Runner' and 'Eraserhead'.