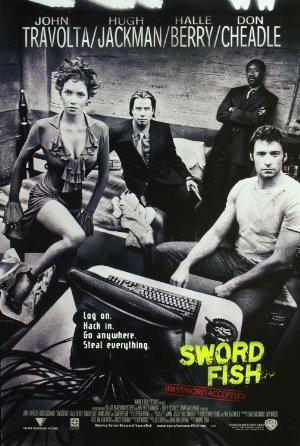 When the DEA shut down its dummy corporation operation codenamed SWORDFISH in 1986, they had generated $400 million which they let sit around; fifteen years of compound interest has swelled it to $9.5 billion. A covert counter-terrorist unit called Black Cell, headed by the duplicitious and suave Gabriel Shear, wants the money to help finance their raise-the-stakes vengeance war against international terrorism, but it's all locked away behind super-encryption.