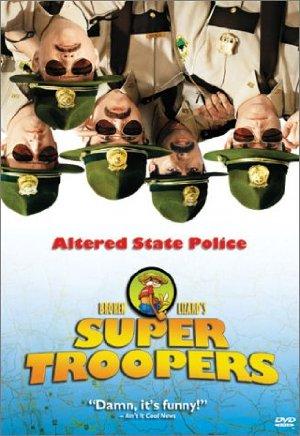 Five Vermont state troopers, avid pranksters with a knack for screwing up, try to save their jobs and out-do the local police department by solving a crime.

There was a period of comedy right around the new millennium defined by the lighthearted goofiness of Ben Stiller, Ashton Kutcher, and Seth Green (if you remember him); we've distilled that halcyon time to bring you all those old 'Dude Where's My Car' feels.

From the production company that brought you 'Super Troopers' - check out the full filmography for some more raunchy slapstick gold. Remember 'Club Dread'? Why not give it a rewatch. In 10 years you've definitely forgot the jokes.