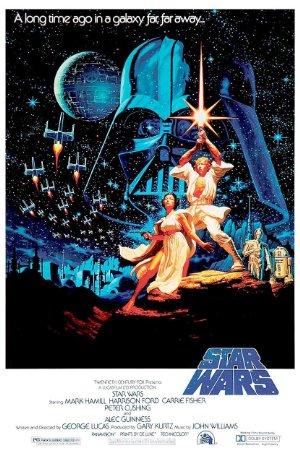 Luke Skywalker joins forces with a Jedi Knight, a cocky pilot, a wookiee and two droids to save the galaxy from the Empire's world-destroying battle-station, while also attempting to rescue Princess Leia from the evil Darth Vader.

Space operas are sweeping epics set far, far away (although not always long ago), featuring larger than life villains, romantic subplots, and the obligatory intergalactic hero. Adventure doesn't get more lighthearted and enjoyable than this - so pick one of these space opera classics from before 1990 and feel the force! Also, make sure to celebrate Star Wars Day on May 4th.