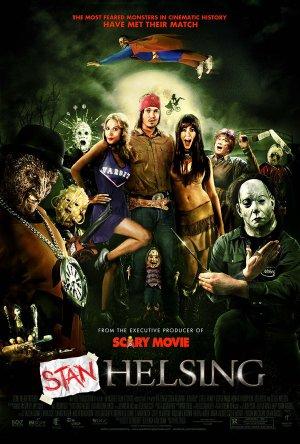 It's Halloween night, and slacker video clerk Stan Helsing along with his insanely sexy ex-girlfriend , best buddy and an exotic dancer/'massage therapist' - detours into a town cursed by ...

Slightly further over the top than your average horror-comedy, these horror-spoofs dissect some of the stupider cliches operating in today's horror flick. Make sure to check out the Wayans brothers in their most recent movie, 'A Haunted House 2', mocking paranormal activity.

Spoofs in the 'Scary Movie' School

Films in the vein of the (decreasingly) beloved 'Scary Movie' franchise: basically movies making fun of other movies. Our only question is when are movies going to come out making fun of them? 'Not Another Scary Movie'.