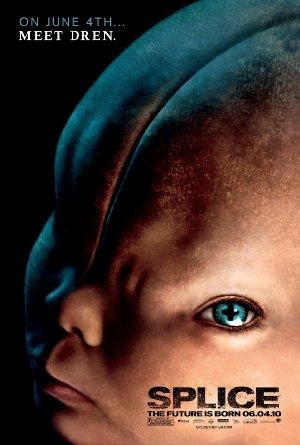 Genetic engineers Clive Nicoli and Elsa Kast hope to achieve fame by successfully splicing together the DNA of different animals to create new hybrid animals for medical use.

Proud fathers will stop mid-puff on their celebratory cigars when they behold these abominable offspring. Make sure to check out 'Splice' for a superb bit of modern body-horror that will have you covering your eyes every time a stroller goes past!