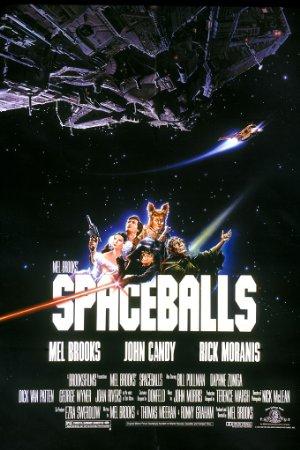 The President of Planet Spaceballs sends a force to steal the supply of clean air from a neighbouring planet.

Pre-2000 sci-fi comedies featuring goofy aliens, implausible planets, and spandex space suits that don't like quite so cool as on Star-Trek; if you like 'Galaxy Quest', you're in the right place!