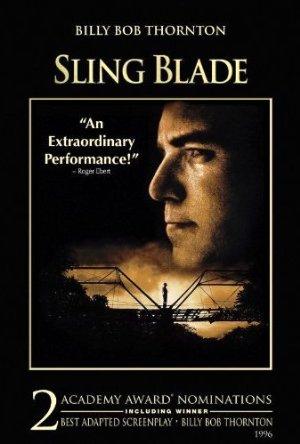 Karl Childers, a simple man hospitalized since his childhood murder of his mother and her lover, is released to start a new life in a small town.