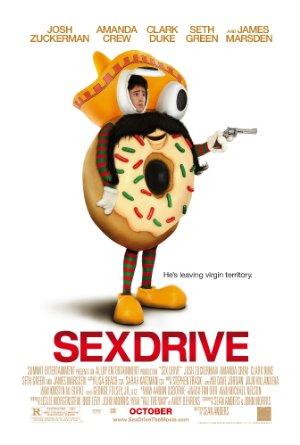 A high school senior drives cross-country with his best friends to hook up with a babe he met online.