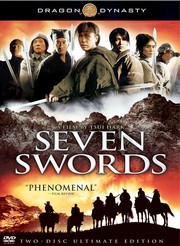 Seven warriors come together to protect a village from a diabolical General.