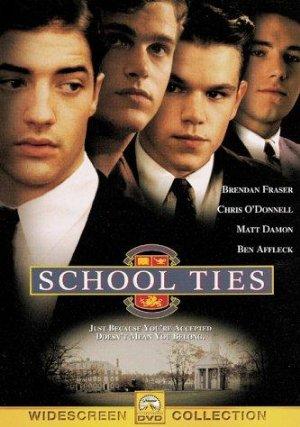 Set in the 1950s, a star-quarterback is given an opportunity to attend an elite preparatory school but must conceal the fact that he is Jewish.

'Where did YOU prep?': Prep School Drama

What could be more painful than having to wear your top button done up at all times? Well, how about systemic bullying, abusive teachers, and anti-semitism? The students at these schools have to contend with some combination of the above.

Affleck, lil' Affleck, Damon, and Wahlberg - they may be movie stars now, but at one point they were just a bunch of kids growing up on the streets of Cambridge. Watch them vent all the emotions they were forbidden to in their repressed Irish-Catholic childhoods, right here!

High-School is hard enough without crippling injury, abusive coaches, and locker-room drama. But wouldn't you brave it all to date a cheerleader?

The best pig-skin packed sports dramas from over the decades, including tearjerker 'Brian's Song' and warming underdog story 'Rudy'.