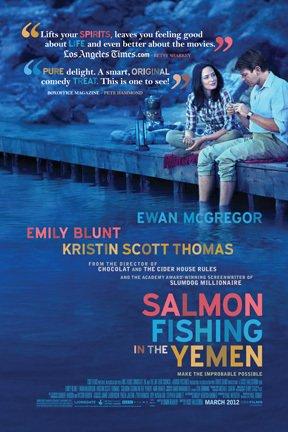 A fisheries expert is approached by a consultant to help realize a sheik's vision of bringing the sport of fly-fishing to the desert and embarks on an upstream journey of faith and fish to prove the impossible possible.