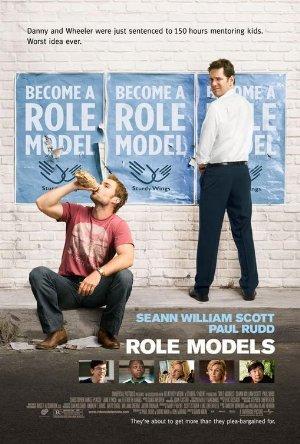 Wild behavior forces a pair of energy drink reps to enroll in a Big Brother program.

Comedies centered around Live Action Role Play - Be warned though, it's a slippery slope beetween watching them, doing 'a bit of research' for events near you, and actually donning +4 agility elf-armor. Make sure to check out Peter Dinklage in 'Knights of Badassdom'!