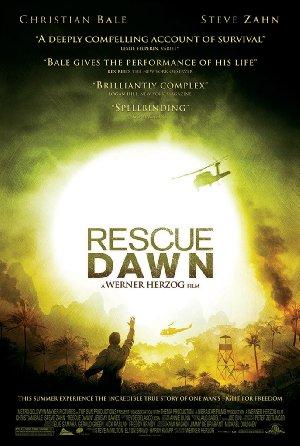 The struggle of a US fighter pilot for survival after being shot down during the Vietnam war.

Documentary maker, cinematic auteur and a fascinating character in his own right, Werner Herzog's near 50 year long film-making career is listed below. 'Fitzcarraldo' 'Aguirre' 'Stroszek' are good places to start, as are his documentaries 'Grizzly Man' 'Encounters at the End of the World' and 'Cave of Forgotten Dreams'.