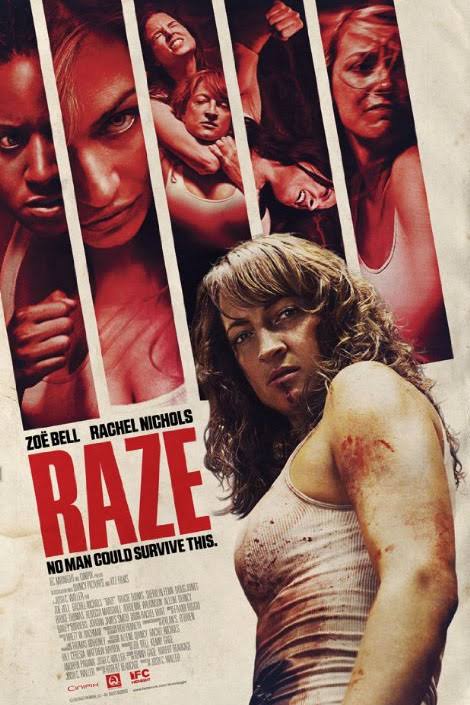 Raze, a horror/action film, focuses on two abducted women & 50 other women who are forced to fight each other using their bare hands.