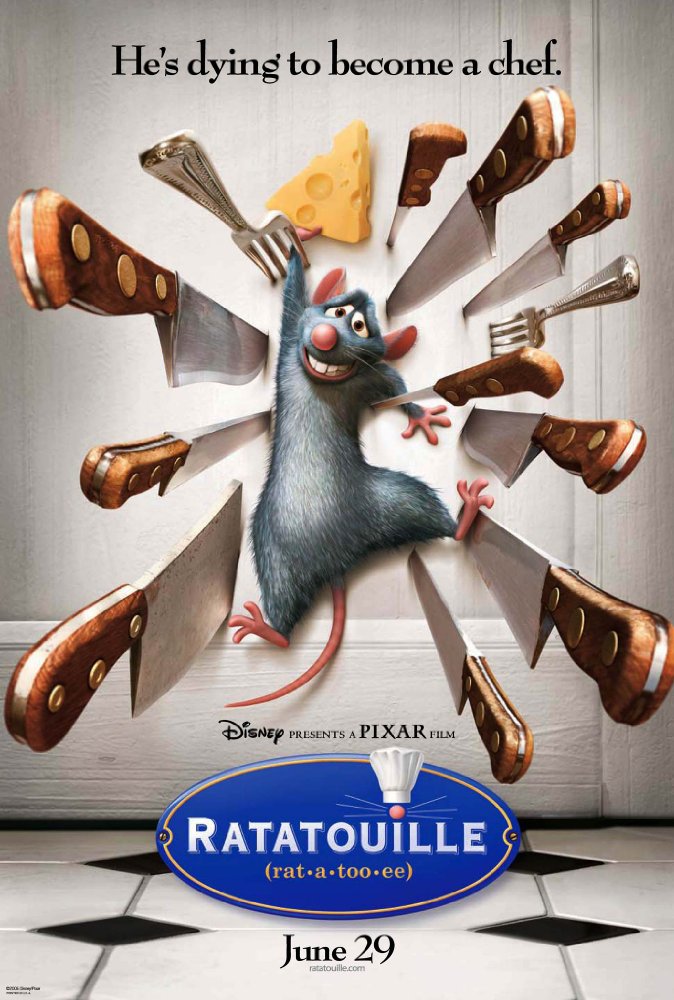 A rat who can cook makes an unusual alliance with a young kitchen worker at a famous restaurant.

We could compose this description entirely from food-based puns, but we'll spare you that. This is a modern collection focused around the delights of cooking.