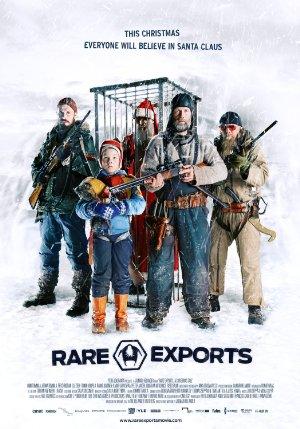 In the depths of the Korvatunturi mountains, 486 metres deep, lies the closest ever guarded secret of Christmas. The time has come to dig it up! This Christmas everyone will believe in Santa Claus.

As Swedish modern classic 'Let the Right One In' proved, the Scandinavians get horror. See what other horror gems the Nordic lands have to offer, including 'Sauna' from Finland and 'Hidden' from Norway'.

When the sun doesn't set half the year, it's probably pretty difficult to get your kids to fall asleep. Maybe that's why the Scandinavians invented all these terrifying fairy-tales, to get their youngsters cowering under the covers! Make sure to check out criminally underwatched Finnish masterpiece 'Rare Exports', for a seriously twisted take on Saint Nick.