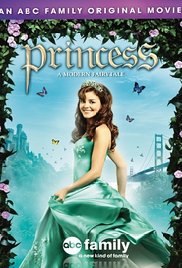 A few years after their graduation from Princeton, Louis Baxter, who retired having sold his dot.com business, takes in college-buddy William, who desperately nears the end of his trust fund after several fully failed career-attempts. Louis takes William along to L.A.'s weirdest society event, the annual endangered animals benefit. This year, to raise more money she auctions a single dinner, which William bids his last capital on. He wins, according to Louis a shrewd business networking opportunity. But he's love-spelled by Ithaca, while she believes him to be the seeker, a long-awaited savior for the castle's most secret reality.

'Movies Like the Prince and Me': Real-Word Princess Movies

Forget Disney animation and high fantasy, the princes and princesses in these chick-flicks are part of the fabric of the real world (or rather what the viewer wishes the real world was).

ABC family original movies, for all those who love some lighthearted fun, from chick-flick 'Beauty & the Briefcase' to any number of Christmas family classics.