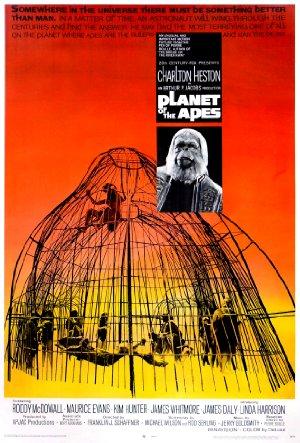 An Air Force astronaut crash lands on a mysterious planet where evolved, talking apes dominate a race of primitive humans.