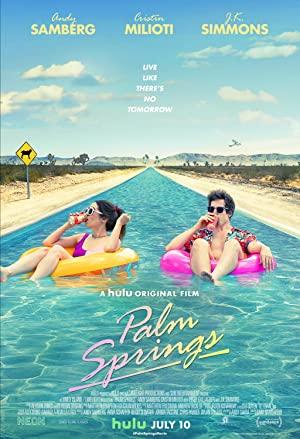 When carefree Nyles and reluctant maid of honor Sarah have a chance encounter at a Palm Springs wedding, things get complicated as they are unable to escape the venue, themselves, or each other.

Ever feel like you're watching the same movie over and over and over again? Maybe that's because it's, ahem, borrowed some of its plot elements from Groundhog Day. Or maybe you really are stuck in a time-loop, which will endlessly repeat until you learn an important life lesson!