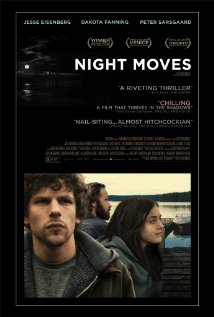 Three radical environmentalists look to execute the protest of their lives: the explosion of a hydroelectric dam.

American indie director Kelly Reichardt is known for her minimalist style, and portrayals of strong, if disadvantaged, female characters.