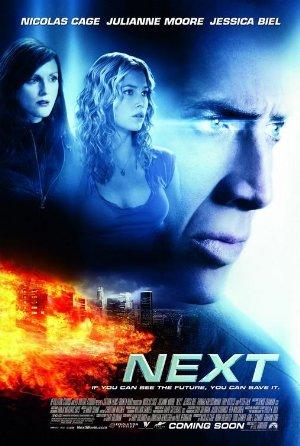 A Las Vegas magician who can see into the future is pursued by FBI agents seeking to use his abilities to prevent a nuclear terrorist attack.

'Movies Like Now You See Me': Slick Illusionist Thrillers

All is not as it seems in these magician-based thrillers, think less bunny rabbits coming out of hats and more women getting sawed in half; and make sure to check out "The Illusionist" and "Now You See Me" if you haven't already!