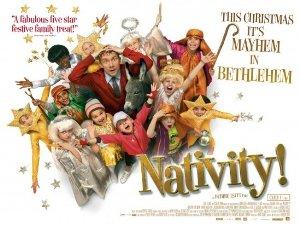 An improvised comedy based around a school nativity play.

When Britons sit down on Christmas morning to unwrap their scones, Mini Coopers, and gilded photographs of Queen Elizabeth, these are the films playing in the living room. Enjoy such English Yuletide classics as 'The Snowman' and 'Love Actually'.