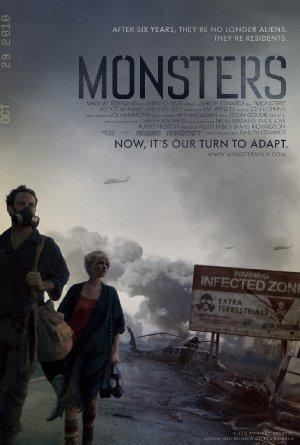 A journalist agrees to guide an American tourist through an infected zone Mexico to US border six years after an alien invasion strikes Earth.