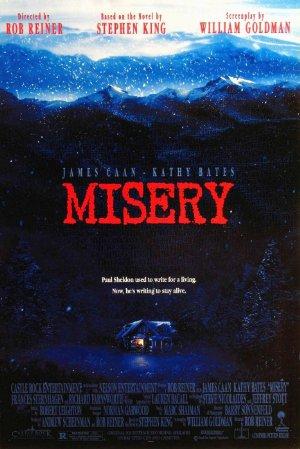 A famous novelist is "rescued" from a car crash by an obsessed fan.