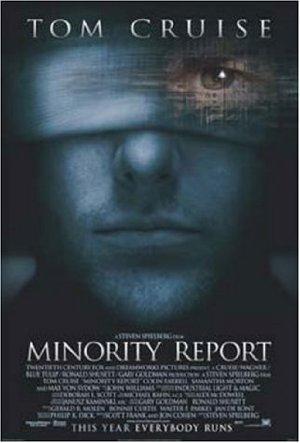 In a future where a special police unit is able to arrest murderers before they commit their crimes, an officer from that unit is himself accused of a future murder.