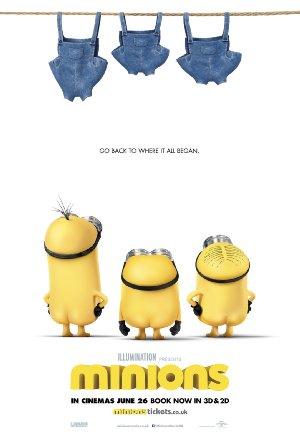 Minions Stuart, Kevin and Bob are recruited by Scarlet Overkill, a super-villain who, alongside her inventor husband Herb, hatches a plot to take over the world.

Illumination Entertainment is probably best known for the 'Despicable Me' franchise, but the animation studio has plenty more arrows in its quiver!

Villains with Hearts of Gold

These kids movie 'villains'- whether they be fairytale ogres, evil geniuses, or monsters in the closet - conceal big hearts underneath a hard exterior.