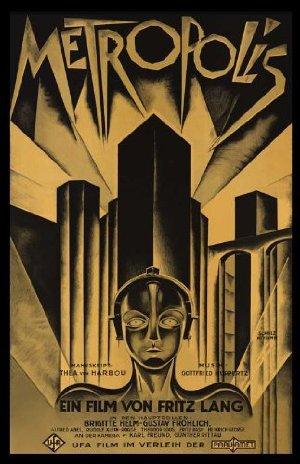 In a futuristic city sharply divided between the working class and the city planners, the son of the city's mastermind falls in love with a working class prophet who predicts the coming of a savior to mediate their differences.

We can’t actually hear them sighing in ecstasy, but it isn’t hard to imagine from those shimmering “pictures” what was happening on the “silver screen” back in the early days of film when actual silver was embedded in the screen making it highly reflective and bathing the images in that supernal glow. Herewith a selection of sexy silent films featuring some of the screen’s biggest stars in some of their most indelible moments. Read the full article at her blog.

German Expressionism consisted of a number of related creative movements which originated in pre World-War 1 Germany, and reached their peak in the 1920s. Make sure to check out 'Nosferatu' for the first great vampire flick (indeed, some would argue the greatest).