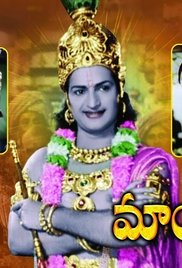 The story revolves around the characters in the Hindu Epic "The Mahabharata" and is set in Dwaraka, the hometown of Lord Krishna (NTR). Arjuna's son Abhimanyu(ANR) falls in love with Balarama's daughter Sasirekha(Savitri). When the Pandava's lose their kingdom in the infamous game of dice to the Kaurava's, Balarama promises his daughters hand to Duryodhana's son, there by breaking the promise made to Subhadra.

Enjoy this list of the very best dramatic features from the Tamil movie industry!