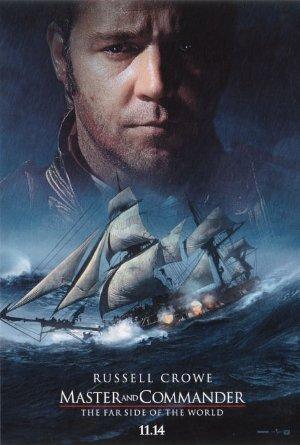 Master and Commander: The Far Side of the World (2003)

Master and Commander: The Far Side of the World (2003)

During the Napoleonic Wars, a brash British captain pushes his ship and crew to their limits in pursuit of a formidable French war vessel around South America.

From whalers to warships, these period pieces look back at legendary ships and the heroes who commanded them; will have you staging naval battles in the bath-tub, nice and quiet, so your wife doesn't hear the cannon fire.