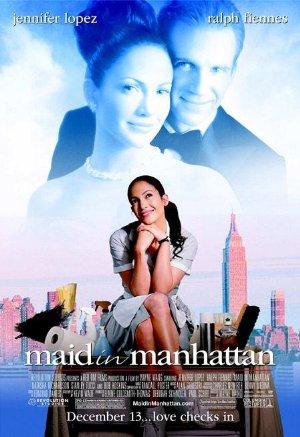 A senatorial candidate falls for a hotel maid, thinking she is a socialite when he sees her trying on a wealthy woman's dress.

She used to have a little, now she has a lot, but she's still, she's still Jenny from the block. Check out the broad spectrum of J-Lo's romantic roles from 'Out of Sight' to 'Gigli'.