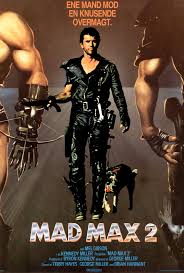 In the post-apocalyptic Australian wasteland, a cynical drifter agrees to help a small, gasoline rich, community escape a band of bandits.

'Movies Like Mad Max Beyond Thunderdome': Mad Max and Company

Movies in the vein of the original 'Mad Max': when law and order crumble only the fittest survive. Check out this list of dystopian flicks featuring savage gangs of the future, and the heroes who step up to combat their reigns of tyranny.

Not all may be as mad as Max, but all the protagonists in this collection are up against some combination of sadistic gangs, mutants, and dehydration.