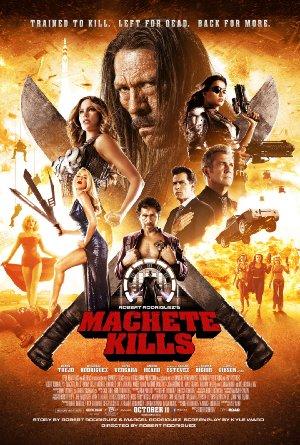 The U.S. government recruits Machete to battle his way through Mexico in order to take down an arms dealer who looks to launch a weapon into space.

Danny Trejo - the champion boxer/ ex-con turned actor - has featured in many high-octane movies; here we've collected only the most explosive.