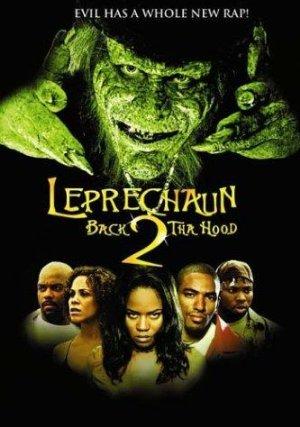 When Emily Woodrow and her friends happen on a treasure chest full of gold coins, they fail to to heed the warnings of a wise old psychic who had foretold that they would encounter trouble with a very nasty and protective Leprechaun.

Want to piss a movie-buff off? Send them this collection of simply terrible horror movies featuring that most annoying of villains: the troll/ leprechaun! Includes the Troll and Leprechaun franchises!

Blaxploitation horror is defined by its mostly African-American cast and conscious use of black stereotypes, beginning with 'Blacula' in 1972 and spanning into the mid 21st century with more urban themed works like 'Hood of Horror' and 'Tales from the Hood'.

Ok, admittedly this is pretty much all the 'Leprechaun' movies, but you do have an outsider as well, 'Red Clover', for those obsessed few who have exhausted the franchise.