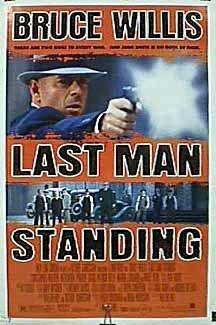 A drifting gunslinger-for-hire finds himself in the middle of an ongoing war between the Irish and Italian mafia in a Prohibition era ghost town.