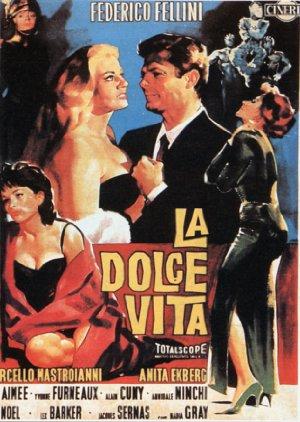 A series of stories following a week in the life of a philandering paparazzo journalist living in Rome.

The very best of alliterative auteur Federico Fellini, who blended fantasy and worldly realism in a style all his own.

The Italians have produced some truly magical classics over the years, including 'Il Postino', 'Life is Beautiful', and 'Cinema Paradiso'.

Also known as Neorealismo: Italian movies set amongst the laboring classes, filmed on set without professional actors. What is the Italian for gritty? Grittioso?