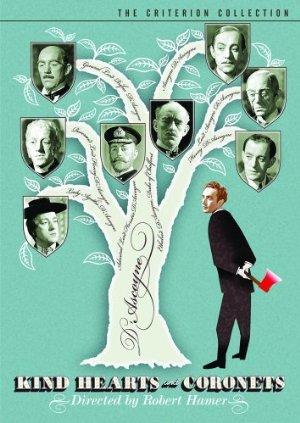 A distant poor relative of the Duke of D'Ascoyne plots to inherit the title by murdering the eight other heirs who stand ahead of him in the line of succession.

Located in West London, Ealing Studios has produced some of the greatest films in British cinema history. Focusing on their hayday stretching the 1940s and 50s, we've collected a list of classics, ranging from gritty social realism to charming comedies of manners.