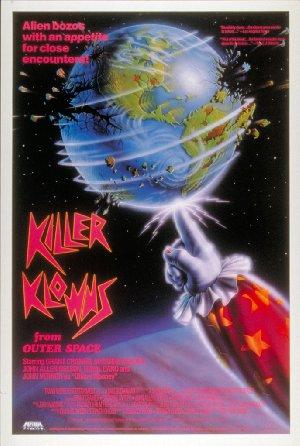 Aliens who look like clowns come from outer space and terrorize a small town.

"Innovative” is perhaps the kindest way of describing these totally lame, totally laughable horror villains. Welcome to a world of evil bongs and killer laundry presses! Oh, and if you haven't seen it: 'Gingerdead Man' stars Gary Bucey as a killer cookie, based off a manuscript by John Grisham. No, we're not joking.