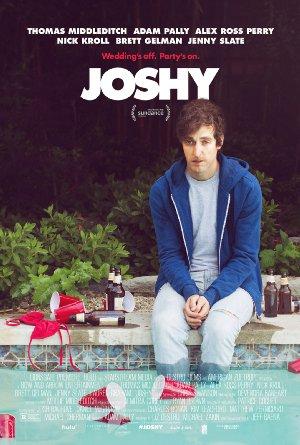 After his engagement suddenly ends, Joshy and a few his friends decide to take advantage of what was supposed to be his bachelor party in Ojai, California. In their attempt to help Joshy deal with the recent turn of events, the guys turn the getaway into a raucous weekend filled with drugs, booze, debauchery, and hot tubs. Written and directed by Jeff Baena and featuring an ensemble cast of ...

While many may know Kroll and Slate from "The League' or the eponymous 'Kroll Show', they have also acted in some pretty phenomenal big-screen comedies of late.

Movies Like The Bad Guys: Coming Home (with Mixed Emotions)

These drama-comedies explore the concept of homecoming, and all the joy, nostalgia, heartache, and conflict it can entail.

The best movies directed by Joe Swanberg, including 'Joshy' - starring none other than Thomas Middleditch.

Thomas Middleditch may have become a household name for his role in 'Silicon Valley', but he's also done his fair share of comedic toil in Hollwyood.