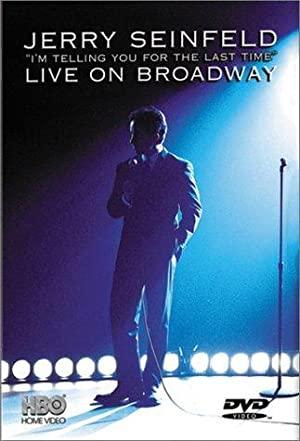 Live from New York City, Jerry Seinfeld, aided and abetted by a host of friends and fellow comedians, performs his 1998 Emmy-nominated performance on Broadway.

Stand-up comedy specials that have been nominated for or won Primetime Emmy Awards.