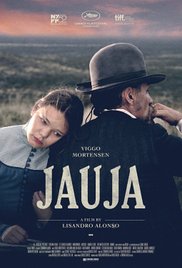 A father and daughter journey from Denmark to an unknown desert that exists in a realm beyond the confines of civilization.

If you thought the wild west was about cheap whiskey, thrilling gold hunts, and saloon shoot-outs, think again. These Cowboys are more concerned with a haunting sense of emptiness than renegade Indians.