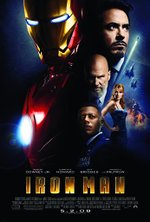 After being held captive in an Afghan cave, an engineer creates a unique weaponized suit of armor to fight evil.

What's with all the tortured soul crime-fighters these days? The superheroes on this contemporary collection fight for truth, justice, and the good ole' USA! Make sure to check out the most recent 'Avengers' for some new blockbuster fun!